When dogs are neglected and abused, their owners tend not to care about proper disposal methods. Instead of taking these animals to a local shelter, where they can be given the proper care, these people elect to simply toss the animals aside without so much as a second thought on the matter. These stories seem to occur all too often and this particular owner decided to be crueler than the rest.

Mia the dog was found in a Pennsylvania trash can one day and it was obvious that her former owner was hoping that she would die there. Her former owner, a woman named Nicole, decided to cast the dog aside because the animal interfered with her plans of running away with her new boyfriend. The new paramour wanted to move to Texas and Nicole could not be bothered to do the right thing. 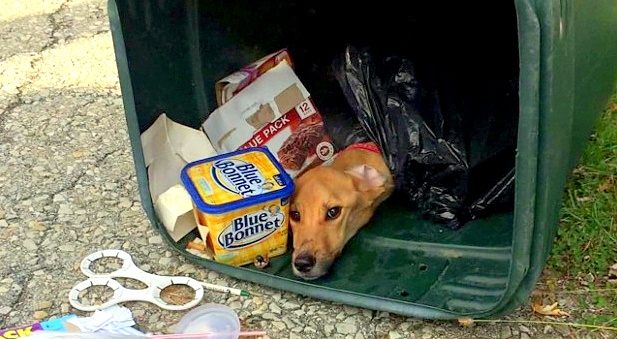 Even though people in her life had offered to assist her with the dog, Nicole elected to ignore them. A trooper who works with the humane society in this region has gone on record as stating that the dog was deliberately placed inside of a trash can. If not for the trash collector who came along and found the dog, who knows what may have happened to the creature?

The dog was emaciated when she was found and stuffed inside of a black bag. In most instances, the trash collector (who is named Nathan) does not take the time to look inside of the cans. However, he said that he felt as if he was meant to take a closer look on this fateful day and what he saw was absolutely horrifying.

The dog was given a new name (Fawna) and investigators believe that the poor pooch spent at least three days inside of the garbage can before being found. Once the dog’s microchip was discovered, it did not take long for the former owner to be brought to justice. She was sentenced to community service, required to pay a fine and also undergo a mental health evaluation.

The state of Pennsylvania has also forbidden her from future dog ownership and we are glad that the authorities have taken such a strong stand here. Best of all, one of the vet technicians that was responsible for her care decided to adopt her and she will now spend the rest of her life in a loving forever home. What a happy ending to an otherwise sad story! 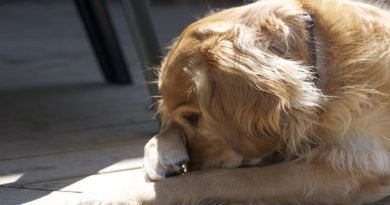 Why Does My Dog Cover Her Face With Her Paws? 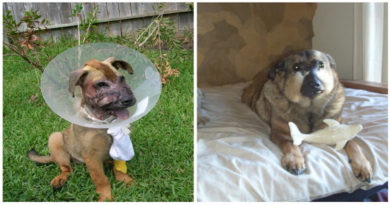 “Werewolf” Dog Draws Stares In Public, But His Rescue Story Is The Real Jaw-Dropper 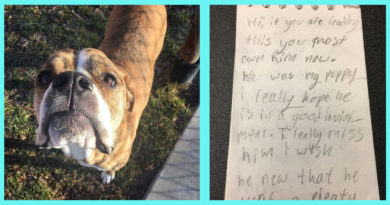 Little girl returns dog to the pound, then shelter sees a handwritten note on his collar