It is often said that dogs are a man’s best friend, and it looks like these two buddies certainly have a loving bond with each other. A video has surfaced on the web where a man is playing around with his large and adorable boxer, sitting on his lap. 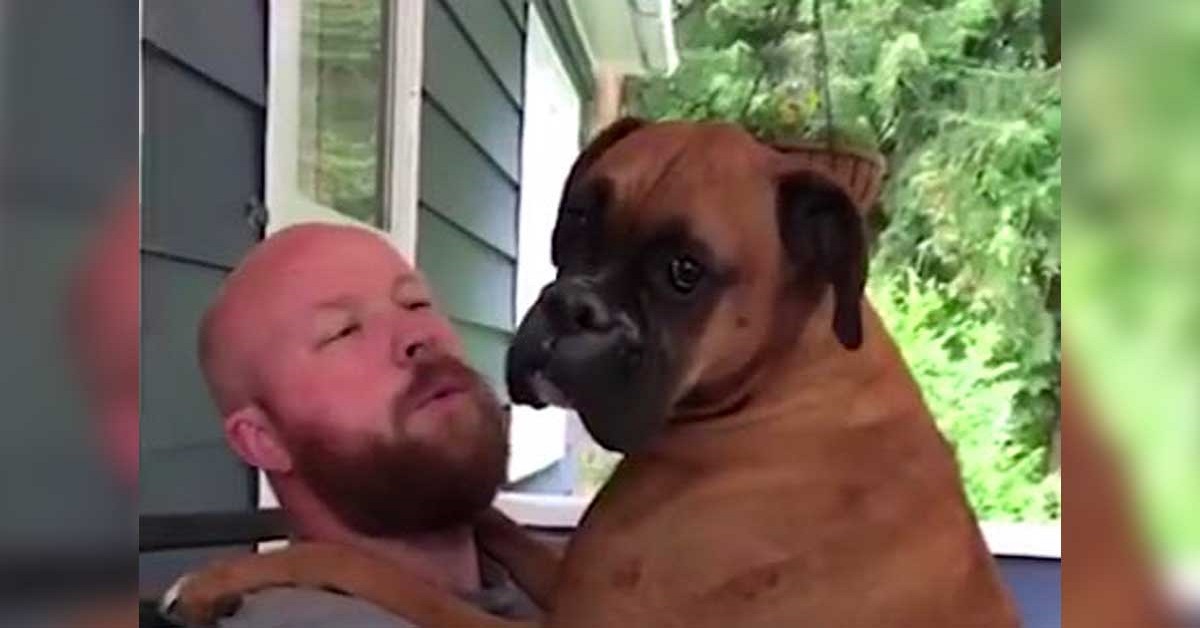 He casually interviews him and asks “Are you a dog, or are you a baby?”, after which the dog constantly keeps howling whenever he hears the word ‘baby’. It looks like this adorable boxer isn’t too keen on being called a baby, but it’s all in good fun. The pooch seems to get a little bit angry and upset every time, and his reactions are priceless.

It gets even better when the man’s wife jumps in and asks the same question again, as the howling just gets stronger. “You’re a baby, or are you a dog?” the man said. The boxer is constantly hugging the man and the two and the man quickly apologizes for his teasing behavior. 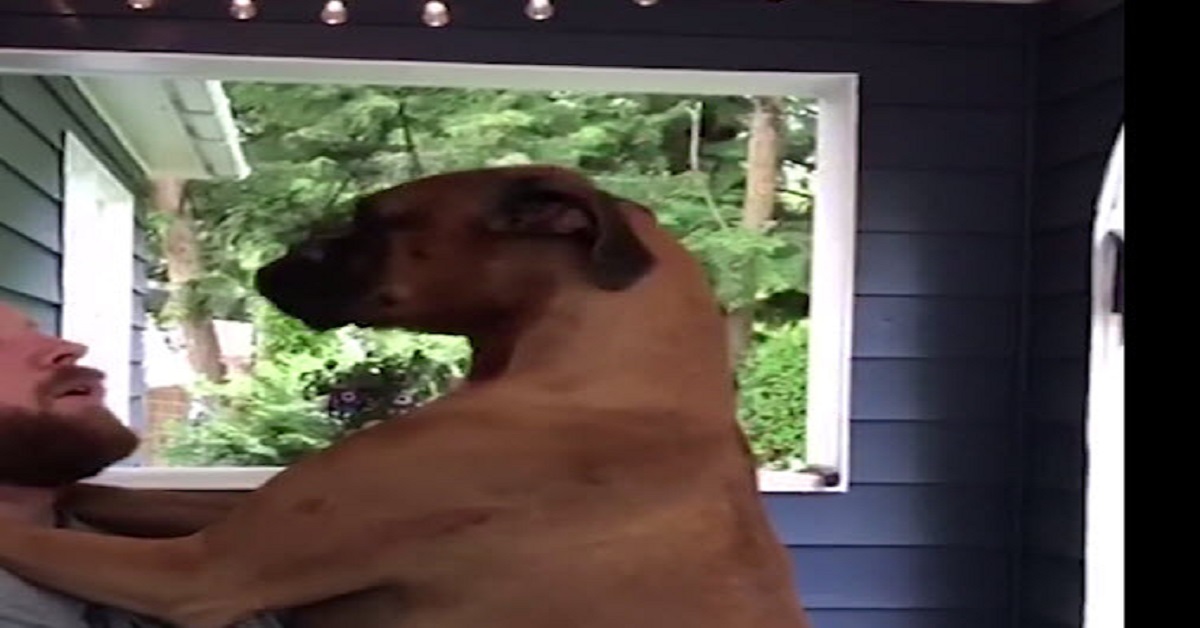 “I didn’t mean to offend you. I’m so sorry. Gotcha.” The man even gives his dog a small kiss to make up for it.

With millions of views and thousands of shared posts on social media, this unknown man and his dog have certainly stolen the hearts of a lot of viewers and animal lovers.

“I love and have an 85 lb boxer. They’re awesome. Such characters,” one Facebook user said.

“pretty sure my heart just exploded”

“Awwww my boxer always thought he was a baby! He was such a hugger and cuddler”

“My Olive looks just like your baby and does the same thing when I talk to her. Lol Boxers rules love my baby” 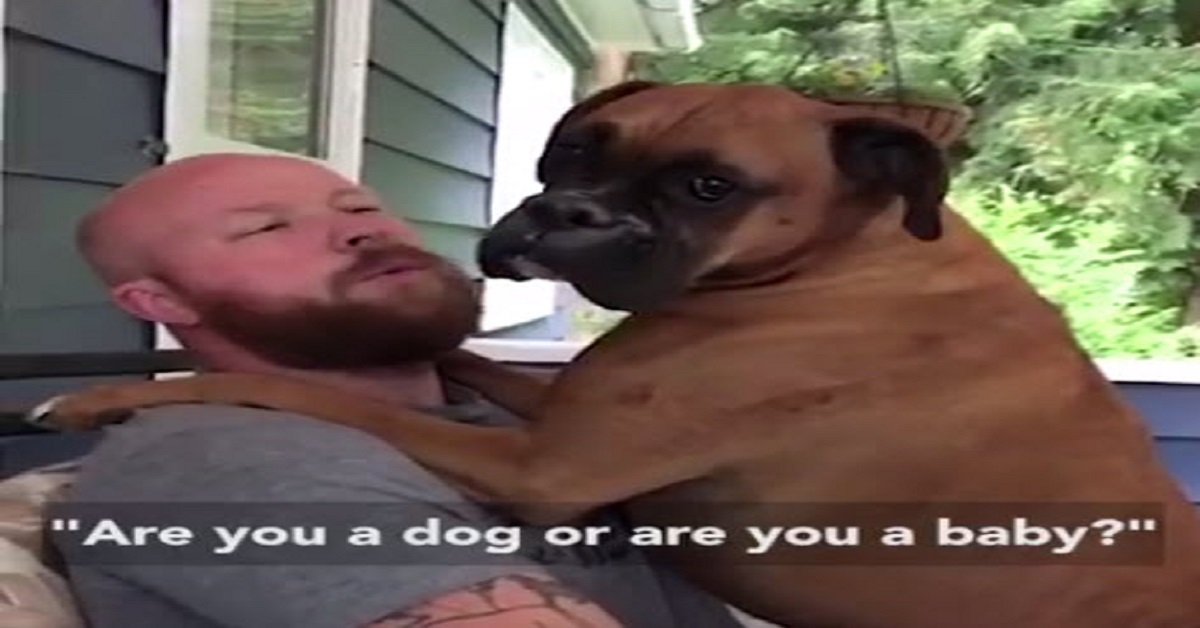 Some people who saw the video thanked the man for uploading it, as it rekindled beloved memories with their own boxers that sadly passed away.

“Thank you for sharing this video also! Our beloved boxer Tanga passed of throat cancer three and a half years ago. We tried so hard to save her but nothing worked. Even still even after all this time it’s hard to believe she is gone. We would walk her and people would stop us and comment on how beautiful and well behaved she was,” BonnyJean Burns said.

Even though this boxer doesn’t like being called a baby, he certainly is just as adorable! 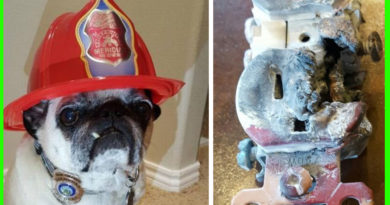 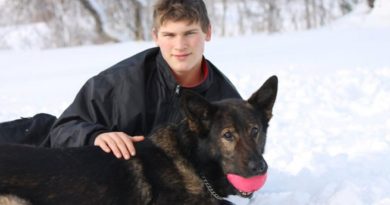 Teen and dog spot familiar car by ski trail at night, immediately realize something is wrong