This family in this story resides in Ohio and they experienced a tragic event recently. Their nine-year-old Labrador Retriever was badly injured under incredibly bizarre circumstances. The animal was found with an arrow embedded in his chest and the family believed that the incident had to be intentional. Christine and Chatfield were saddened by their incident and their children mourned for the dog as well.

Cosmo the dog used to be kept in the yard by an invisible fence. Due to a recent malfunction, Cosmo escaped and began to roam the neighborhood on his own. The wilderness surrounding the neighborhood became his new stomping grounds. On October 4, the family received word about the shooting. They were forced to decide between euthanizing the dog or having an emergency surgery performed.

They selected the latter option. Fortunately, the arrow had somehow managed to land inside of the dog’s chest, while narrowly missing all of his most vital organs. The lungs and heart of the animal were just millimeters away from the arrow. The family was left to figure out which parties were responsible for the shooting. After all, there is no way that this could have been an accident.

The person responsible for shooting the arrow was foolish enough to have written their name on it! This provided investigators with a very helpful first clue. The teenager who shot the arrow wrote their last name on it and when the police arrived for questioning, it did not take him long to admit to the crime. He did claim that he had a good reason for shooting the innocent dog. 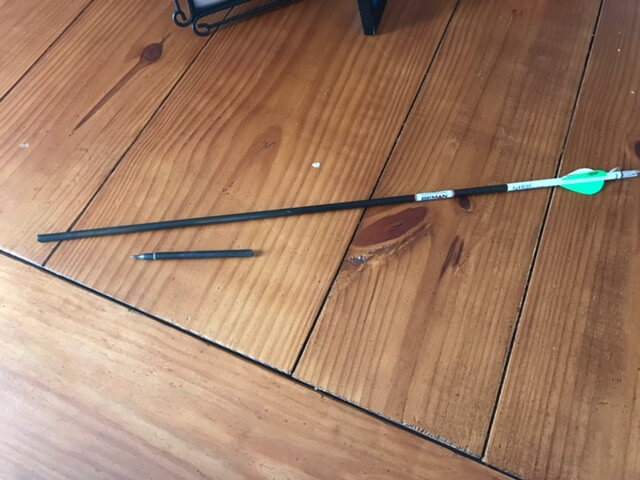 According to the teen, he had mistaken the dog for a coyote. He was out hunting for deer when the dog had crossed his path. Charges are now pending against the boy and the county sheriff’s office is determined to show that they are not willing to take incidents like these lightly. The boy is considered to be a criminal and he is going to be held accountable for this crime. 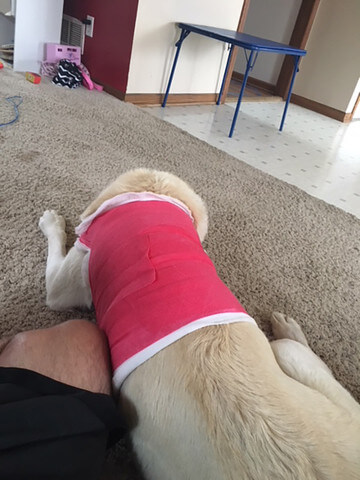 As for Cosmo’s family, they are happy to see that justice is going to be done for the animal. He has bounced back from this awful occurrence and made a full recovery. If you could not see the animal’s puncture scars, you would never know that the pup had been through such a tragic ordeal. 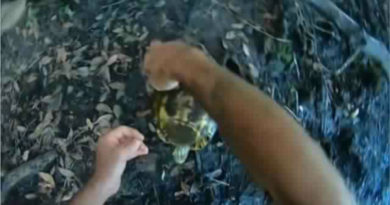 Trapped Turtle Saved By Man and His Pet Dog 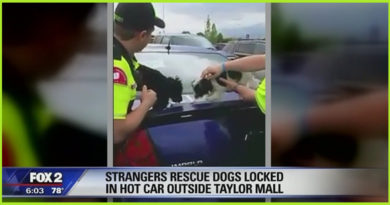 When They Passed A Nearby Car, They Couldn’t Believe What They Found Inside