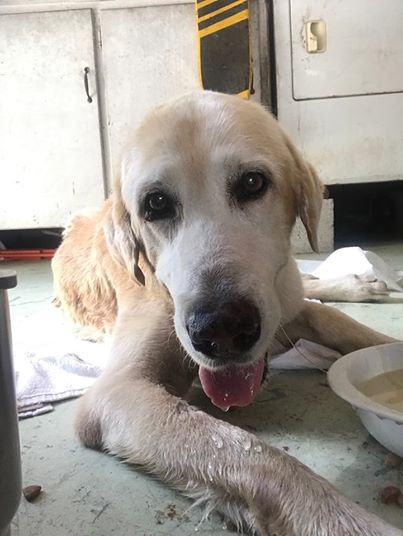 Pete is a Florida resident who lost one of his dogs when the pooch escaped from his backyard back in 2012. While another dog by the name of Max made his way home, his yellow lab named Wizzer was seemingly lost forever. Many of Pete’s friends and family members told him that the animal was dead, but he still held out hope that the pup was alive and well somewhere.

Five years passed and there was no further word about the whereabouts of Wizzer. Hurricane Irma recently struck the state of Florida and it was at this moment that Pete received an astonishing phone call. Lee County Domestic Animal Services had found Wizzer washed up on a beach. The animal was brought to them in hopes that he could be reunited with his rightful owner.

Thanks to the microchip that remained embedded in the animal’s fur, they were able to locate Pete rather quickly. As you may have expected, Pete was utterly overwhelmed by the wave of emotions that came over him. We cannot even begin to imagine how he must have felt when that phone call came in. This news was as unforeseeable as possible.

Wizzer had been gone so long that the news did not even compute for Pete right away. When he was asked if he had a dog missing, he replied no. After all, he had two other dogs who had not run away from home. It took him a few moments to remember Wizzer’s initial disappearance and put two and two together. When it all finally dawned on him, he was too choked up to speak.

Wizzer’s poor health seemed to indicate that he had been taken by someone during the interim. It is believed that someone stole him and attempted to make him into a guard dog. When Hurricane Irma arrived, he was abandoned and left to fend for himself. Wizzer weighed 90 pounds when he escaped and had dwindled to a mere 55 by the time he was reunited with Pete.

He’s since resumed his normal life at his former home. Wizzer has already regained 15 of the pounds that he lost and Pete is sharing the story to raise awareness about the importance of microchips. Please share Wizzer’s tale with your closest friends and loved ones who are also pet owners. Who knows? You just might end up saving the life of an innocent creature. 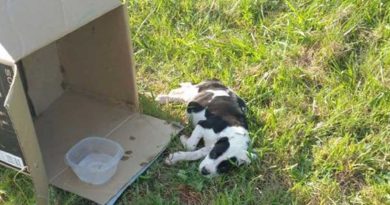 Cop spots cardboard box on side of the road, realizes there’s a 10-week-old puppy inside 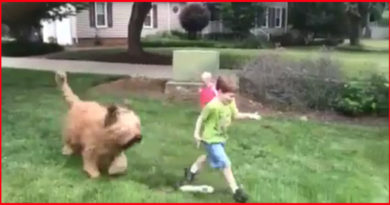 When This Little Boy With Autism Got Too Close To The Road, His Dog Saved The Day 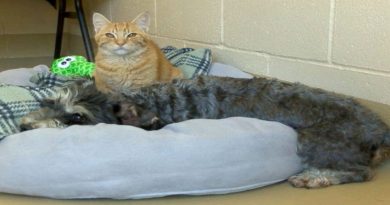 Meet Romeo the Cat and Juliet the Dog, Star-Crossed Lovers at a California Animal Shelter