This dog was on his last legs and he had definitely seen better days. When no one else was willing to help him, he was forced to take to the streets and the stray dog’s long-term prognosis was quite grim. The animal’s condition deteriorated to the point where he needed to ask someone for help and when he chose the doorstep of a man from the town of Brownsville, Texas, he had no idea what would happen next.

Dan Van Coppenolle was not about to ignore this poor dog like so many others had. As soon as he noticed the dog outside of his home, he logged into Facebook and posted a message that implored his fellow animal lovers to help the weary creature. The dog was wearing a collar when he arrived, but there were no tags and from the looks of it, he was no longer eating on a regular basis. 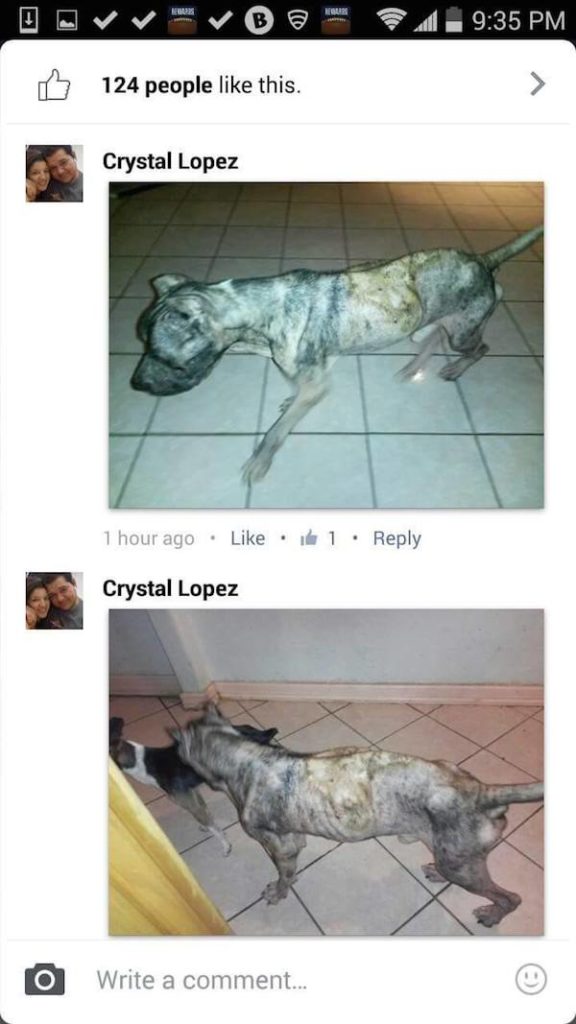 In addition to his emaciation, he was also suffering from a rather severe case of mange. Dan’s post spread quickly among his friends and loved ones. Before long, a variety of animal rescuers had been given the news and they were ready to intervene on the dog’s behalf. A rescuer was found quickly, a kindly woman who specializes in providing foster care for dogs that have health problems.

Dan wrote a follow up post thanking his friends for helping the dog to find a proper home. He had taken a closer look at the dog and surmised that his ears had been clipped. His past owner had likely used him for dog fighting purposes and cruelly cast him aside once he was no longer considered useful. This dog definitely has a guardian angel watching over him somewhere!

“Thank you all for your compassion,” Dan wrote in a subsequent post. “A kind woman who fosters unhealthy dogs just came to pick up this beautiful dog. You could tell that he was tiger-striped and his ears were clipped and was probably used for dog fighting. God is looking out for this beautiful dog.”

The dog is now in the care of an experienced animal rehabilitator. He’s also visited a vet and been cleaned up significantly since he was first found. While it will take the dog a few months to fully recover from the horrors of his old lifestyle, his rescuers are cautiously optimistic that he is going to be able to make a return to health soon and find a forever home to call his own.

We are hoping and praying that this dog is able to locate the forever home that he so richly deserves. No animal deserves to be used for the sick amusement of depraved humans and while this dog has been through a great deal of pain, this story is proof that there is always light at the end of the tunnel. The nights are always at their darkest in the moments just before the dawn. 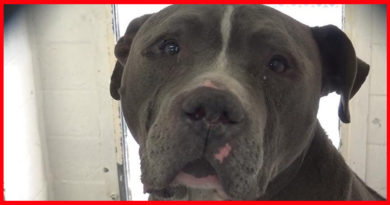 He Literally CRIED When His Family Left Him at A High-Kill Shelter…. 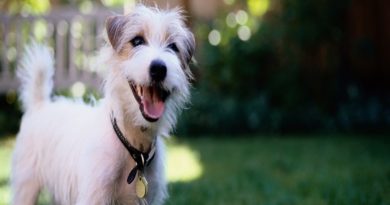 Calming Your Dog During a Thunderstorm