When the recent massacre took place in Las Vegas, thousands of people were affected by the senseless actions of one cruel and heartless individual. One little therapy dog named Rou was scared off during the shooting and her owner Ryan was scared that he had lost the French bulldog forever. The chaos that ensued once the gunshots rang out caused the two to become separated.

Ryan and his family members set about the task of trying to track down Rou once they had a moment to compose themselves and they did not want to leave until they found her. They were unable to locate the dog initially and this led Ryan to ask social media for help. He also slept in his car in hopes that Rou would find him there and he was not willing to give up.

The story of this separation would soon go viral and we are happy to report that these two were eventually reunited. As it turns out, Rou had run away and hidden in a nearby field. Can you believe that Rou came back to Ryan while he was in the midst of conducting an interview with the reporters who had made their way to the scene?

Ryan immediately jumped over the fence to reclaim his lost pup and the dog jumped into his arms without hesitation. We cannot begin to imagine how scared Ryan and Rou were and we are glad to see that they have been reunited in such a timely fashion. The poor pooch had to be completely exhausted by the ordeal and it showed when she fell asleep in her owner’s arms.

There are no words to describe Ryan’s gratefulness. While there is very little solace that can be offered to those who lost friends and family members during the massacre, Ryan hopes that this reunion can provide a slight lift to everyone’s spirit. When a tragedy like this one takes place, the only thing that can truly heal our wounds is time.

But if you are looking for a pick me up in the meantime, be sure to check out this touching video. Ryan’s reunion with Rou is one of the most touching images to result from the tragedy. Rou now serves as a symbol of hope and lets us know that there is still some good in this cold, cruel world. 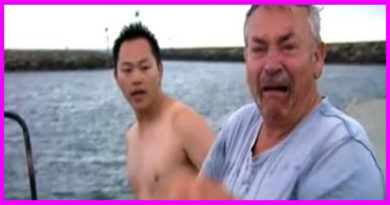 Fisherman’s dog lost at sea after his boat capsized, then the water police tow boat to shore 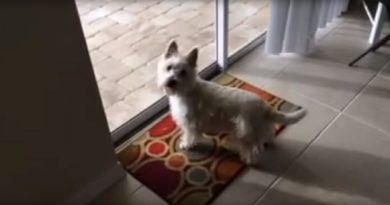 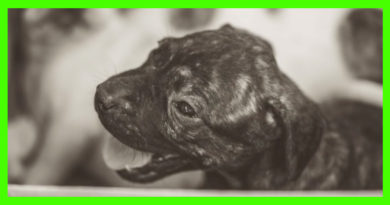